Showing posts from March, 2009
Show all

The English Major and the Apocalypse 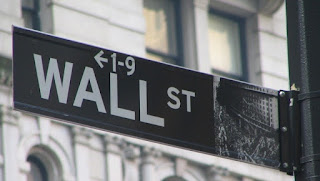 In Chicago a couple of weeks ago, I attended a talk by Art Spiegelman, the author/artist of the groundbreaking (oh, I'm so tired of that word but Spiegelman deserves it) MAUS. His talk was in the Roosevelt Theater of Roosevelt College, just off Michigan Ave. I sat in a private box, not because I am special or had paid any extra. Just no one else was sitting there. And from there in my little velvet cave I heard something stunning. Spiegelman was just getting warmed up for his presentation on the logic of the cartoon when he said, "I just attended my grand-daughter's graduation from Yale. She got her degree in English. I'm so glad she got a degree in something useful, not something useless like Finance." I've been reading the posts on dabagirls.com, the blog for young women who have been cashing in on Wall St. dating practices such as being given a Saks credit card by an FBF (financial guy boyfriend--the "g" is silent, they explain in the glossary)
1 comment
Read more
More posts