Showing posts from January, 2015
Show all

Through the Beloved We Talk to God 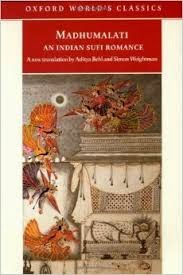 “Where there is sorrow, there I dwell. Where there is grief in the world, love has its dwelling.”  ― Mir Sayyid Manjhan Shattari Rajgiri,  Madhumalati: An Indian Sufi Romance The world is frightened tonight of the last thing it said. My daughter tries on her first Valentine’s dress. When asked what color it is she said, “It’s the color of the galaxy.” (We found the jewelry to match on the moon.) I read tonight about the Muslim man who when the extremists took over the kosher grocery store in Paris hid the Jews he could in a freezer and turned out the light. The largest part yet of a fallen airplane was found in the sea, having flown where it wasn’t supposed to. The tree is still up. Each year I am more reluctant to take it down. This is not a religious statement but a statement on the art my daughter has made and which decorates all the branches. Each year I want to hold her closer than the last. Each year I let her go into the world a little bit farther.
Post a Comment
Read more
More posts