Alchemy and the Political Scene 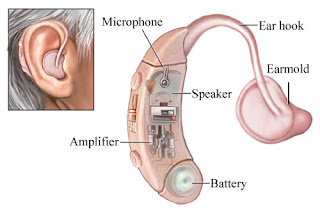 I have not written on this blog for some time now. This has been partly due to my need to reconcile the deep work I was doing with alchemy with the more surface stuff of life. Truthfully, I didn't realize when I was writing this that the inner eloquence of alchemy was so closely related to hearing loss and deafness. Now I see they are inseparable for me.

Deafness has continued to move into my life, as both physical reality and as metaphor. Only in alchemy--in taoism and its shared deepest roots of Christianity--can I make sense of it. And it makes perfect sense.

I am working with Debra Roberts on developing a website. We've done some video which allows me to talk very freely about the Bible's roots in alchemy. I prefer just talking about it. Writing about it so often falls dryly from the tree of ideas. Also, I feel the rising need to accelerate an understanding within Christianity of these ancient processes, the processes of change and improvement which the texts speak of in reiterant symbolic terms.

Now, with the fall of the religious right and the seizure of government by the left, it is even more opportune a moment to explore Christianity's connection with Taoism and promote healing between the opposites. Once we can approach the western sacred texts in terms of alchemy, we can get rid of the hateful aspects of the church--the anti-woman, anti-child, anti-gay doctrines in particular. They are completely unfounded by the text.

I have no doubt that alchemy is the language of the Bible. As such, the union of opposites is the purpose of the faith. Not physical opposites. Spiritual opposites. In alchemy, all things are one. Not physically, spiritually. Any reference to homosexuality in the Bible is a reference to the spiritual nature of elements and beings. They are statements on balance. Too much masculine energy tips the crucible and does not yield a philosopher's stone, basically. Same with too much feminine energy. I think we've all be in relationiships, whether gay or straight, in which the "chemistry" was off. This is why we leave relationships behind. Spiritual chemistry is the stuff of the Bible. It is also the stuff of love and it is found in every manifestation of love.

In regards to abortion, the other battering ram of the religious right, this is an alchemical term for a failed process, the magnum opus gone awry. Very few magnum opi go right. That's why the practice got so frustrating and science ditched it. The alchemist controls only so much of the work (the inner work, not a pot over fire with lead and base matter in it). The "spark" of life comes from the invisible--from God, from the quantum field, from dark matter, whatever we want to call it. In the Dictionary of Alchemical Terms, if this "spark" does not come, the opus is failed and called an "abortion."

Alchemy also employs a rhetoric of light and dark, in which the dark, or obscure, is written of in threatening ways. The darkness is the internal darkness, the spiritual frontier of the self. It is guarded by reason's obstructions and fear causes us to back down from furthering our journey. The writers had to express this somehow in language, so they use the opposites of light and dark. Of course, anyone can see how this translates in material form. But it it, again, metaphor.

Human form in the Bible is metaphor, symbolic. Actions are symbolic of the metaphor of the crucible. It is intentionally obtuse and obscured, but it does make sense. It has a logic to it.

There is absolutely no foundation in the Bible for any of the church's doctrines that limit either choice or union. On the contrary, alchemy is about free will and union.

I'm going to start writing this blog again. Not because I need it to cope with my deafness or because I'm using it as a sounding board for alchemical exploration. Sure, those are wonderful purposes. Deafness and alchemy are not problems to me. But, really, I think the deafness to alchemy is the cause of the world's problems. The deafness keeps people from acknowledging the unity of mystical traditions. The deafness is the seed of fundamentalism. And of hate.
abortion alchemy christianity homophobia magnum opus metaphor prop 8 racism rights