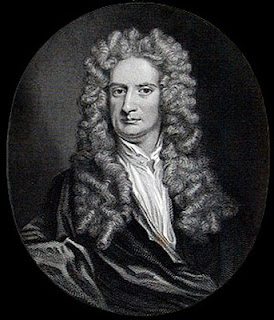 I'll be talking, out loud this time, about Sir Isaac Newton soon at the Creative Technology and Arts Center salon series on December 2 at 6 pm at the Odyssey School at 90 Zillicoa Street. If you dig back a bit on this blog (a while neglected, since summer!) you'll see I went through a time when all I wrote about was alchemy. It is still very much what I muse about when I'm musing, and much of what I muse about are the connections between contemporary scientific discovery and alchemy. Both maintain that at the most subtle levels, matter behaves quite differently from its molecular, concrete nature. At the smallest level, all things are rising, attracting, sympathizing, communing. I don't mean that spiritually, though it certainly sounds it. These are the times in which we live: when science and spirituality are the same.

This is what John Maynard Keynes, the father of economics, wrote of Newton. It is part of a speech he was going to give regarding the scientist to the Royal Society, but he died a few days prior and his brother delivered the talk. I'll use this document as well as a letter Newton wrote to the Royal Society in 1645 as the anchors of the talk. What lies between these two documents is rich, deep and offers a worldview that includes all faiths and finds in sacred text a symbolic language of science.

In the eighteenth century and since, Newton came to be thought of as the first and greatest of the modern age of scientists, a rationalist, one who taught us to think on the lines of cold and untinctured reason. I do not see him in this light. I do not think that any one who has pored over the contents of that box which he packed up when he finally left Cambridge in 1696 and which, though partly dispersed, have come down to us, can see him like that. Newton was not the first of the age of reason. He was the last of the magicians, the last of the Babylonians and Sumerians, the last great mind which looked out on the visible and intellectual world with the same eyes as those who began to build our intellectual inheritance rather less than 10,000 years ago. Isaac Newton, a posthumous child born with no father on Christmas Day, 1642, was the last wonderchild to whom the Magi could do sincere and appropriate homage.

John Webb said…
For the benefit of those of us who will not be attending your talk, you ought to post a summary of your conclusions on your blog. Perhaps you will.

Apples had been falling from trees for thousands of years. It took Isaac Newton to realise that this had a deep meaning.

I've often wondered whether the discoveries that we associate with Newton - gravity and the motion of bodies - were in any way connected with alchemy. I had a look a Wiki, this page:
http://en.wikipedia.org/wiki/Isaac_Newton%27s_occult_studies

It doesn't mention gravity, or apples!

It's all very well for Keynes to say that Newton was the last magician, but what does that actually mean.
8:26 AM

Lara Lynn Lane said…
Well you gave me goose bumps even with this much of the talk.

Thanks again and good to find new stuff here.
1:42 PM

A major application of gravity is the motion of planetary bodies. Newton's theory says that the sun attracts the moon, and Mars attracts Venus.

That's far from obvious, simply by looking at the night sky. But those two ideas could be seen to come from alchemy - Sol attracts Luna, and Mars attracts Venus.

Newton's contribution is to say that this alchemical motif can be extended to apply to the physical Sun and Moon and planets, and to make the attraction quantitative, by putting some numbers on it.
4:25 AM