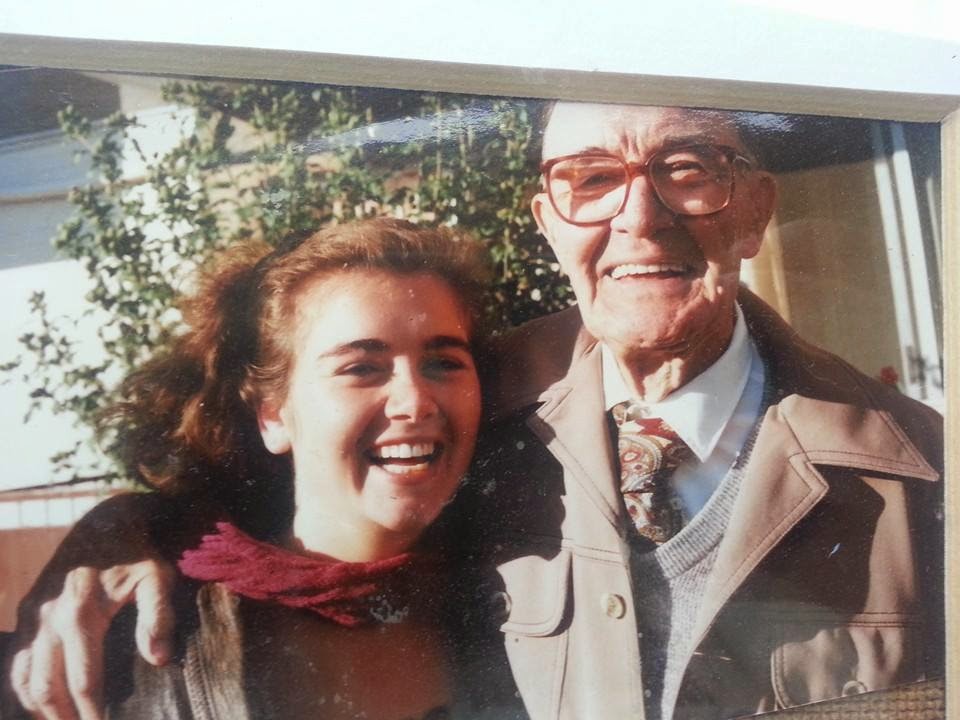 I want to live every moment as a promise unbroken and
flowing to my grandfather who when we walked to water pump
In the park in Orillia looked up and announced in his French
Canadian ancestry, “Quelle mélange de couleur” and I asked
him what he’d said and he, being deaf and understanding
the question to mean I hadn’t heard him, repeated it en
Francais and I somehow understood him the second time
and didn’t need to hear it the third. Language is its own
water underneath the earth of thought.

From his deafness, now my deafness, he only spoke to
illuminate, to magnify some lost treasure the rest of us
were missing. Family arguments died under the blade
of a Shakespeare quote. Rough waters calmed. “You
going to be a poet, pet?” he asked as we clipped the wet
laundry onto the line between their cottage and the next.
There was only one correct answer and I said it, cool cotton
heavy in my hands one minute, dancing in the sunlight
the next.

“Genius,” he called me after Alzheimer’s had stolen my
name. “Poet,” he stroked my hands as I tried to feed him
cranberry juice through a straw he refused. I watched
prose dissolve into poetry under the overwhelming tide
of mind-loss, beginning the moment he locked his keys
in the car without setting the brake so it rolled into the
ocean. He stood and watched it, then announced we’d
be walking home that day.

There is, he told me, years before, an eloquence
to silence, perhaps my hardest lesson as we knelt in the
canoe and pushed off from the Simcoe beach, the water
droplets our paddles carried over the surface the only sound.
A whirlpool’s hush from a J-Stroke kept us straight. In the silence
he taught me the depth of life, interminable, exhausting. Those
evenings we paddled for hours. And when we returned, I had
the golden feeling of nothing having happened of value. But he


would assure me in his long wordless strides something beautiful had.