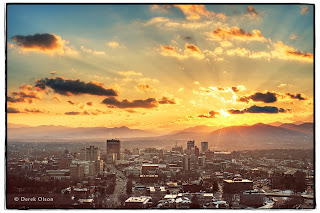 Whereas, the City of Asheville situates itself in one of the most beautiful locations in the world, and

Whereas, the City of Asheville’s founding visionaries E.W. Grove, Fred Seely, George Vanderbilt, Thomas Wadley Raoul were all devotees to the Aesthetic Age which embraced a certain wildness of spirit and allowance for Beauty, and

Whereas, the City of Asheville’s preserved architecture was designed by the masters of the Aesthetic Age finding in Asheville an open space in which to practice the new “Fine Art” that elevated people's character through proportionate balance of order and the unforeseen, and

Whereas, City of Asheville’s favorite son Thomas Wolfe bore witness to the passion and Beauty of the city in words so powerful William Faulkner named him the greatest writer of their generation, and the City did not listen, and

Whereas, the City of Asheville’s brickwork of former slaves and their sons create visual music of jazz and blues in the very makings of our buildings, and

Whereas, City of Asheville father Tony Lord saw fit to plant trees along Haywood Street and other streets so the city would remain connected to the natural world even in the midst of growth, and

Whereas, the City of Asheville stands on Cherokee hunting grounds that yet speak to us of bear and deer and elk, and

Whereas, the City of Asheville’s musicians and the artists attract visitors and new residents more than any other attractors, save the earth the city stands upon, and

Whereas, the City of Asheville is comprised of humans who love to dance and enjoy life with all the vivacity and joy being human is the rite of, and

Whereas, the City of Asheville is made up of dreamers and poets who do and do not write poetry but who always dream, and

Whereas, the City of Asheville’s leaders and law-enforcers are all human and also love to dance and enjoy the city’s romantic and creative offerings, and

Whereas, the City of Asheville is a nexus of healing, art, and commerce, and in all of these are woven the currency of life and all that supports life, including fun and upredictablility, and

Whereas, the City of Asheville is never immune to the wonders of creative energy, and

Whereas, creative energy can at times seem a threat to structures and ordinances man-made and imposed in effort to maintain order out of fear that things might go too far, and

Whereas, creative energy is not a threat to order if order is dynamic and well-conceived and acknowledging of the human need for delight, and

Whereas in all things, even in the City of Asheville, joy is the order by which the soul abides and does not deter, destroy, or harm anyone, and

Whereas, the City of Asheville was, in fact, created as a place for play, respite, escape, and indulgence in pleasure found less availing in other cities, and

Whereas, that spirit of play will forever define the City of Asheville,

Let it be resolved that the City of Asheville is comfortable with and honoring of Beauty in all its forms and will relax in its presence to permit the spirit of the City to surface and enjoy itself unhindered at any time of day or night.