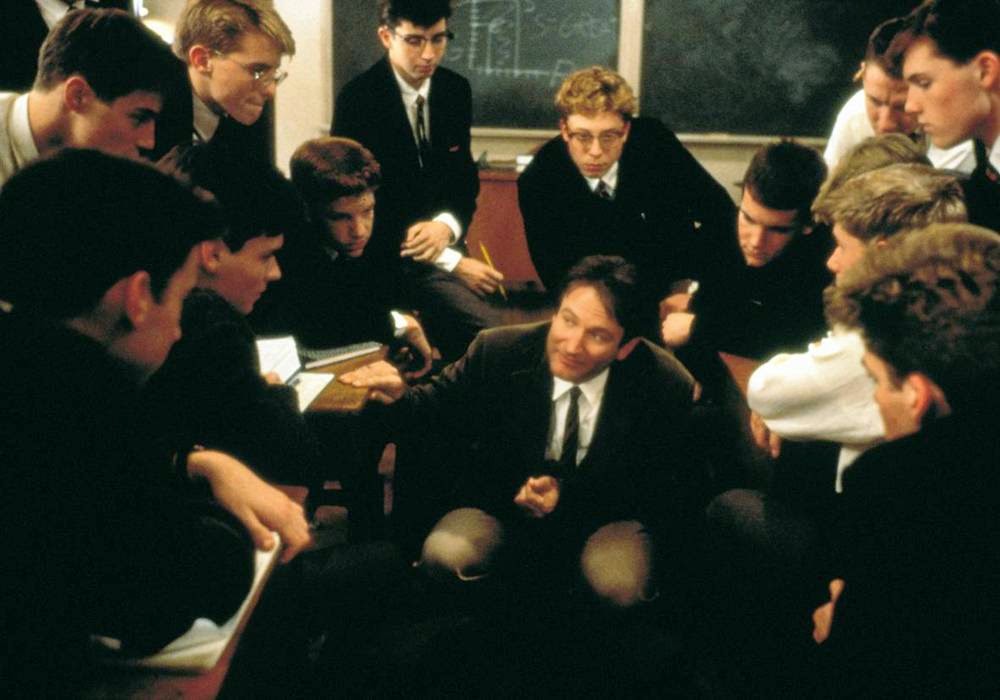 I saw Dead Poets Society in a theater in Piccadilly Circus in 1989. At the time I was a junior in college, studying theater, literature, and philosophy. My walks to class included passing by the former homes of T.S. Eliot, John Stuart Mill, and Sarah Bernhardt, mirroring my own passions, my own indecisiveness of what I should focus upon. I was acting in a play in a small South Kensington theater, but I was waking up at 3 am with a head full of poems that I'd crawl out my window and write by the streetlamps along Queens Gate Terrace, careful not to wake my room-mates.

One evening after rehearsal, my director and fellow castmates decided to venture into town to watch a movie. I hadn't ever asked myself what poetry was or considered it to be something of a great gift. I had written it forever and belonged to it and loved it as one feels love for something always there yet forever surprising. But I walked out of the movie with a very clear view of what I would devote my life to, something that would entail all my passions, including theatre and philosophy, and cost me nothing if I held to it fast enough.

"There's a time for daring and there's a time for caution, and a wise man understands which is called for," says Robin Williams' character, the beloved Mr. Keating. I finished the play, but after that I gave my life to poetry. And to teaching. Ten years later, I was hired to teach English at Christ School, an Episcopal boarding school for, yes, boys here in Asheville (well, Arden). For ten years I was "that" teacher, the one that spoke of poetry as sacrament, the one that got the boys dashing through the forest dressed in fake fur and mud enacting scenes from Beowulf, the one to whom the boys still send the occasional poem, penned through tears after a break-up. When a new department chair published an article entitled, "An Arsenal of Strategies for Teaching Boys How to Attack Poems," I knew my days of reading "Tintern Abbey" on the branches of a 250 year old oak or Midsummer Night's Dream under the arbors dripping with bees and wisteria were running out.

Dead Poets Society is a cautionary tale, warning teachers and students alike about the dangers of a life lived at the core of passion, a life lived "deliberately." This excusing of the poetic life from any "pragmatic (a term so often used to escape the aesthetic, when in fact aesthetic consideration is necessary when looking from all sides, no?)" course extends to this day. I can safely say, though, that in ten years spent teaching boys in the Keating Style of Barbaric YAWP-ing, all of my boys survived.

Twenty five years after seeing a movie that warns against routing out "all that was not life," I still teach in a way that lets knowledge infuse life with meaning and not stay dead on the page, and I still write. I have not abided by the Dr. J. Evans Pritchard, Ph.D., scale of poetry, as the gruff headmaster commands Mr. Keating do, and I have a full, rich, beautiful, caring, and meaningful life. It takes courage to live such a life, to gather the rosebuds, to strive, to seek, to find, and not to yield. There have been temptations to surrender to an idle kingship. But what kingdom would I rule?

Dead Poets Society and Robin Williams' performance accomplished the near impossible: into the material heyday of the 1980s, the film stirred a subversive and life-affirming message: live for beauty. That Neil's dad couldn't stand to see his son crowned with ivy and sprinkling water upon lovers' dream-cast faces is the warning any of us face when moved to contribute beauty to the world: a fear of pissing off Dad. But Mr. Perry (the actor of which played Mork's love's Mindy's dad in the actor's TV debut) sees the smoke rise from the cold space behind the stentorian desk and learns the ultimate lesson about life-force for which the film framed poetry to be the very voice. The film said this is a voice that should not be taken from the world, not for all the money in it.

Thinking through all the actors who might have played Mr. Keating, none comes to mind as any so well-equipped with the depth and joy and mysterious beautiful sorrow and beauty of Robin Williams. If as Mr. Keating says, "No matter what anybody tells you, words and ideas can change the world," then so can powerful performances. This one absolutely not only changed my life but set its course, so I say from my heart, "O Captain. My Captain." 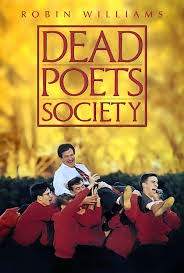