The Yellow Chair: The Time I Taught at the Juvee 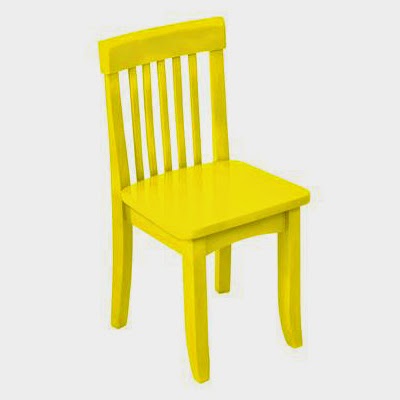 Back in the 90s I taught at the Juvenile Evaluation Center out in Black Mountain. My students were teenagers locked up for anything ranging from possession of marijuana to sexual assault to assault with a deadly weapon.

All my students were working on a GED so they could get out before they turned 18. All had committed their crimes while high. All were in drug programs at the center--all in recovery and trying to see a new life.

I wheeled a piano out of a broom closet and played music on it while they did math. Some of them learned by ear and played for the others. I taught them equally, and I cheered them on. Next to my desk I had a yellow chair where any student could choose to sit if they needed to "chill out" and not be bothered or asked any questions. It was a place of sanctuary within an otherwise horrible place where, basically, we lock up children.

For the teachers who did not respect these students, these students did not behave very well.  They made life very difficult for the librarian who didn't let them touch the books or turn on more lights.
They knew when they were being talked down to. They recognized a teacher who was "phoning it in" like the one who had memorized every answer in the back of the textbook. The teacher I was replacing was in the hospital for a pencil wound to the kidney.  My pass rates on the GED were far and away better than any other GED instructor they'd placed out there.

My students learned from me because I taught them, not just the material.

We recognize when we're being treated and seen as people. We also recognize when we're being perceived through a false lens of judgment and thinly veiled superiority. I experience it when I know some guy is just checking me out but has no interest in my thoughts. I am a total bitch to such people. I shut down inside and feel a hatred for what they've allowed themselves to become. I even feel moved to a kind of violence I know isn't worth the consequence. Being seen as less than we are moves us to be less than we are. But like my students, when treated with respect and even challenged to rise to someone's good idea of us, I tend to open up and be kind and more myself.

I saw this every day in my students. Other teachers--with the exception of Ms. A---- who loved the boys and consistently held them accountable and told them to Stand Up Straight--experienced conflict with them, sometimes had a boy hog-tied in the foyer while the cops drove over, but for me they worked hard.

Toward the end of my time at the juvee, shortly before a whole chain of abuse stories broke into the public conversation and the place was shut down, the state made this big play for a great big fence with arched steel and razor wire to be constructed around the whole place, which while I was there was open, with children moving from building to building led by teachers and counselors.

The fence started going up, and my students' performance and behavior started to decline. It was as though they were giving in to the idea they belonged behind the fence. The yellow chair was filled with someone all the time, and I had to bring in extras.

The truth is the last time any harm had been caused by J.E.C. students' escaping had been in 1976 or something, more than twenty years before. The few times a boy escaped while I was there, they were spotted rather quickly because they'd shed their clothes and try to hitch-hike down the mountain in boxers.

I drove through the gates and into what looked the inside of a whale skeleton, even I felt I was driving into a place packed with murderous teenagers who held no sanctity for life and would kill me in an instant if I turned my back. But once I got in my classroom, there were my boys. Agitated but still eager to succeed, to take that practice test that would open the door to a new future.

Now, I believe in the statistic while I still believe in African-American boys.

And I think of that fence.

I think of the razor wire and the white curves of steel and the message it sends telling everybody who drives by that black youth are killers and need to be locked up this way.

And I think of how this is how a culture perpetuates racism through solutions disproportionate to the problems. And I think of my students. And I hope they are safe.

ezdidit said…
...better than a photograph. Thank you for painting a picture of so much that's wrong with America.
1:58 PM