The Teacher Who Taught Me How to Teach 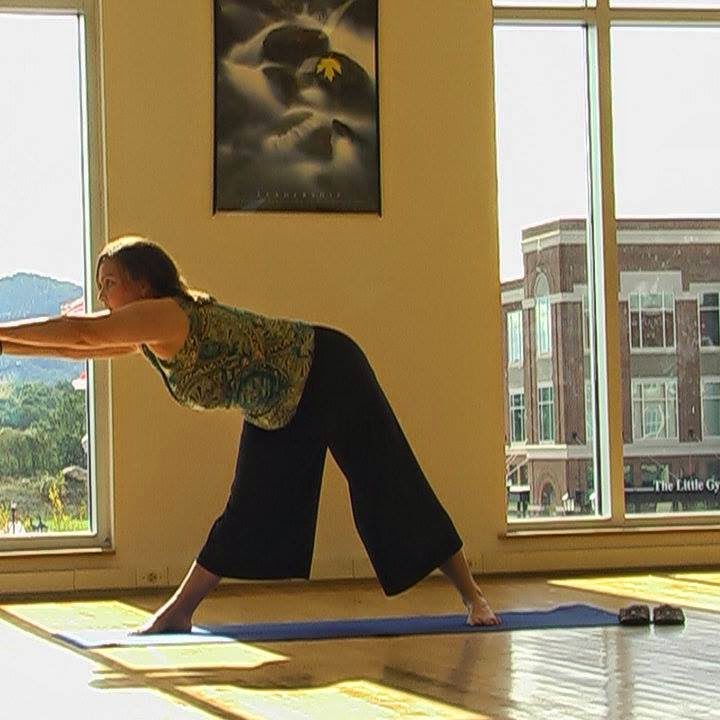 As I begin a new school year, I think of the teacher who taught me how to teach. Marianne Weaver.

The entire educational universe would be a different place if everyone could learn how to teach from Marianne Weaver. In every subject. In every institution. At every grade level. Marianne Weaver is that excellent a teacher.

I first stepped into Marianne's Muscle Pump class at the YMCA a year after I gave birth.

I had never lifted weights before in my life, having gone the yoga road through my twenties and early thirties but now suddenly completely uninterested in yoga. I wanted something else. Something tougher. Something that didn't ask me to develop an inner life. If there's anything I'd had enough of in that first year of motherhood, it was interiority, connection with my soul. I wanted pure, unadulterated body.

When I walked past Marianne's class and heard "Modern English" singing "I'll Stop the World and Melt with You" over a roomful of mostly women holding bars over their heads and moving their hips to the beat like they were holding beach balls, I thought I'd stepped into a Zero-Gravity chamber. I walked in, sweaty from some time on the treadmill, grabbed the gear I saw everyone else had, and I started lifting.

Most "group exercise" classes I'd tried were parapatetic in their organization: to the beat of techno the instructor rushes students through bits and pieces of routines that left me focusing more on keeping up then actually doing the actions. Marianne had found what worked for me without knowing me. Each song served one muscle group and involved only three or four actions, which I could learn then do while zoning out to the music.

Her songs were my songs. They were all our songs. Marianne's students loved Marianne's music. And no one loved Marianne's music more than Marianne, who swayed, laughed, and danced while lifting (is that allowed?), and even flirted with the room of us when the lyrics flirted with her. She made working out feel like we were at a slumber party, and she was the one you tried to stay up all night with playing pranks on everybody else but always fell asleep.

"I know it's getting heavy!" Marianne would say into her headset as we all stood holding our 9 pound bars in front of us for the entire bridge of "China Girl" "It's heavy for the woman standing next to you, too, and if you drop your bar, you'll stop inspiring her, showing her that she can keep holding it--so don't drop that bar. We're going to do this together."

She wasn't a cheerleader. She wasn't a coach like anything I'd seen before. She wasn't either chipper with encouragement or sadistic with harsh platitudes. She was a philosopher in spandex shorts and t-shirt, sometimes a ball cap. "What does that bar represent to you? Is it your career? Is it your family? Whatever it is, you don't want it to fall, do you?" She connected all the ways we were strong outside the exercise room to what we were doing in it. She built a community out of this hour-long gathering; she made us feel we were on one another's mission, that what we did in that space would determine the outcome of all our efforts between then and the next time we came together.

And like this, she got us all believing something I myself had never known before: I was strong, and I could get stronger as long as I kept coming to class.

So unique and effective was Marianne's brand of teaching that when she had to call in a substitute, half of the students just didn't go into class.

I took my Muscle Pump experience with me into my own classroom. In the same ways I had never been told I was strong, my students had never been told they could write or become the kind of person who could pick up a book and really get into it. I understood them better, and I dreamed up ways of getting them to hold their own burdens in a new way, inspiring each other as they did so--because everybody has burdens.

And our burdens make us strong.

I now understand that what I witnessed in Marianne's teaching was the difference between the old-school model of scolding and pressure and varying degrees of humiliation and something new, something I had not seen before--but something that definitely worked because I was dancing while doing clean-press-squats and simultaneous leg-lifts and flies.

That's what a teacher can do: take someone who declares they can't do something and reveal to them they can. Again and again.

Marianne has left my local YMCA. Those of us in her class see each other from time to time in other settings. We never met for coffee. We didn't develop friendships. We weren't in that space for that kind of community. We were in there to get strong, and when we see each other, we know we are, and we respect each other for what we know we can do.

So, as the semester begins, as I look over my assessment strategies and syllabi, as I ask myself how high can I raise the bar this time, I picture my students as though we were gathered in that exercise room. And I raise the bar pretty damn high. They can totally do it.

An added note: Marianne has written a children's book which challenges our children to develop strong vocabularies and strong ethics. If anyone can make our children strong in these ways, it's Marianne. Worked for me.

This Is What Love Does - This Is What Love Does is a story about a newspaper delivery girl, named Dubzee, who embarks on an adventure, sharing her gift of selfless love, with the hope of restoring harmony and balance within her surroundings. This story is about values and putting these values into action. The reader is subtly reminded in loving acts of kindness we each have the potential to create a positive impact while understanding we are all connected to something bigger.